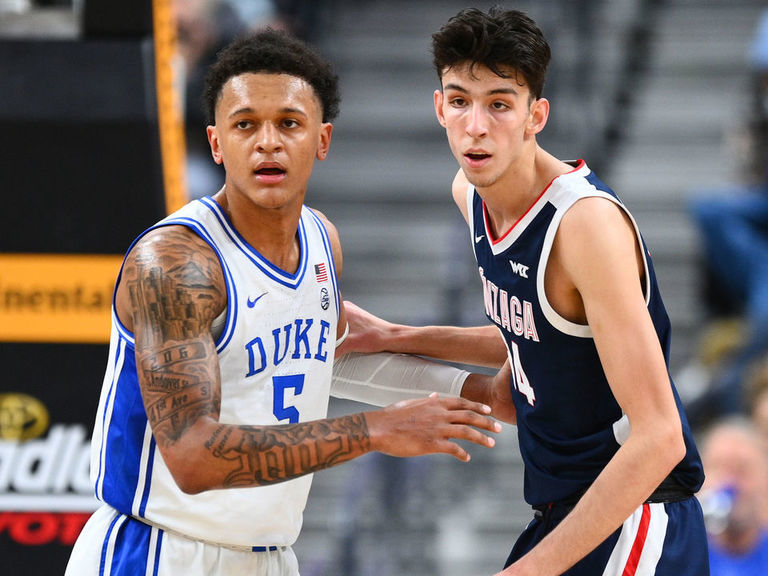 Making choices is hard. Having to choose between a number of excellent players is even harder. There is no exact science. Seemingly surefire picks have found a way to lose their luster in the NBA before. We have no idea. Nitpicking between these guys feels very cruel too since they are all incredible at what they do. Most peg this year’s NBA Draft as a three-man duel between Gonzaga’s Chet Holmgren, Auburn’s Jabari Smith Jr., and Duke’s Paolo Banchero. If you want to throw Purdue’s Jaden Ivey, Duke’s AJ Griffin, Iowa’s Keegan Murray, or anyone else into this mix, be my guest. They’re all great prospects. But the best and most complete player in my opinion is Paolo Banchero.

The area Holmgren and Smith best Banchero at is on the defensive end of the floor. Holmgren is already an engulfing rim protector that can switch onto guards and straight swat their shots with his 7-foot size and pterodactyl arms. Jabari Smith at 6-10 220-pounds can guard just about anybody on the floor. It isn’t as clean with Banchero. At 6-10 250pounds, he isn’t the most nimble player on the floor and is prone to get left in the dust by smaller, shifty guards.

(That lack of burst athleticism can show up at times offensively too, but I’m not overly concerned by it.)

Make no mistake about it, however: Paolo Banchero is still a damn good defender. A very versatile one at that. According to Synergy, Banchero ranked in the 94th-percentile in isolation defense, allowing 0.459 points per possession. That extends to guarding on the perimeter as well. This play is a great example. In a crucial moment against Michigan State in the NCAA Tournament up just one with under two minutes to go, Banchero sticks with Joey Hauser, throws him off-kilter with his size, and blocked his layup attempt.

Big-time 1 on 1 defense from Paolo Banchero here. Between that stop and the euro, go-ahead finish, some huge plays in crunch time for Banchero. Spot 3s, pull ups, turnarounds, playmaking, downhill attacks. Still some things to clean up but Banchero showed a lot of the bag today. pic.twitter.com/0uYhbFKRTz

This play is probably even more impressive. He cuts off Third-Team All-American guard JD Notae’s drive off a switch, forcing him to kick the ball back out. After Duke has time to reset their defense, Banchero gets back onto his original man (Trey Wade) and blocks his dunk attempt from behind.

Here, Paolo switches onto an Arkansas guard and slides to cut off his drive.

Then, he pressures his man and blows up the DHO before recovering on the cut for the block. pic.twitter.com/chM74Idv4d

This play also provides a glimmer of Banchero’s potential to wreak havoc off the ball and even play some minutes at the center spot as a rim protector. His consistency in that area comes and goes enough to warrant playing a true rim-protecting center with Banchero for most of his minutes at the beginning of his NBA journey but he has the size, intellect, and athleticism to make do there. Banchero’s steal percentage (1.9-percent) and block percentage (2.7-percent) lag behind Holmgren (1.6-percent; 12.6-percent) and Smith (2.1-percent; 3.8-percent) but are still very solid. He’s not near the defender those two are but is far from a liability either.

One of my biggest concerns with Paolo Banchero was what his defense would look like. It was pretty darn good. Got caught ball watching a couple times and didn't have perfect footwork but consistently made timely WS rotations, tagged rollers, cut off drives. Hopefully it sustains. pic.twitter.com/J6lX47UGBF

In my opinion, the edge Paolo Banchero has over everyone in this draft is how complete an offensive player he is. Both Smith and Holmgren hold the edge over him as shooters from three but Banchero is still solid there. On catch-and-shoot jumpers, Banchero generated 1.16 points per possession, good enough to finish in the 79th-percentile and ahead of Chet Holmgren. It adds to Banchero’s versatility and allows him to be deployed as a pop threat out of pick and rolls.

But Banchero is best with the ball in his hands. This is where he can really differentiate and stand out from the rest of the field. Not only can be a threat without the ball but he can also run bully people on the block, create off the bounce, playmake in almost every situation, and whip the ball all over the floor. There really isn’t anything Banchero can’t do offensively. When he’s got a bigger-bodied defender on him he’s got a tenacious spin move (like he uses here) and is great at changing speeds to leave them in the dust.

Brady Manek is 6-9 230-pounds and is still searching for where Banchero went on that spin. He’s guarding Banchero there because he has enough to size to at least stand a chance inside against him. Manek was able to muster some stops against Banchero in their three matchups but he’s nowhere near as fleet of foot to consistently stay with Banchero, nor are a number of bigs Banchero will play against in the NBA sooner than later. If you want to take those drives away with a smaller, more lateral defender, that’s not going to work either. Banchero was a football player in high school and that physicality shows up in the post. Almost anybody is too small for Paolo Banchero, but especially the 6-8 200-pound Leaky Black.

If you put a bigger defender on Banchero and play him for the drive, he is more than happy and capable of burning you with the jumper you concede him as well.

Like I said, pretty damn complete offensive player. But it’s not just as a scorer this well-roundedness of Banchero’s game pops. In a draft without a ton of excellent playmakers, you could argue Banchero might be the best passer in this draft. He reads the floor exceptionally well and can playmake from any spot or situation on the floor. Playmaking while running pick and roll? Check.

Yes, Paolo may be unstoppable in the high post, but he also can run a pick and roll and hit the open AJ Griffin in stride for a 3 right as the defense tags pic.twitter.com/VlUrkSn85F

Playmaking as the roll man in pick and roll? Check.

What about passing after attacking off the bounce? Yeah, he’s got that too. Notice how Banchero sees Trevor Keels’ man sliding over to him to force Banchero to get rid of it? Well, Banchero does too and only does right when RJ Davis bites to dig on the ball, creating an all-the-more open look from three for Keels.

What if Banchero isn’t even involved in the play? No worries. Here, he slides to the middle of the floor as Mark Williams is diving to the paint. The passing angle isn’t there for Duke’s guard to feed Williams so he swings it to Banchero, who then sets up Williams perfectly on a high-low pass to get him a dunk.

Banchero’s playmaking and overall offensive packages are leaps and bounds ahead of Holmgren and Smith. Not that those are bad offensive players because they provide plenty of utility, but Banchero can do more than those two can. Banchero averaged 3.9 assists per-40 minutes; Smith and Holmgren averaged 2.8. Holmgren was mostly used as a roll-man and floor spacer, hence his 21.6-percent usage rate. Smith’s 27.6-percent usage rate actually bested Banchero’s, but Banchero’s shot creation ability is nowhere near up for question the way it is with Smith (I myself share some of those concerns, especially having seen Smith play in person earlier this year). Banchero can be deployed in any way those two can offensively, but neither of them has the combination of scoring and playmaking Banchero has that can carry a team.

Paolo Banchero’s versatility on both ends of the floor and ability to take over a game offensively were on full display in Duke’s run to the NCAA Tournament. While Tournament runs are hardly an indicator of NBA success, it is notable when picking the tiniest of nits that Banchero was able to keep his (flawed) team alive in ways Smith and Holmgren couldn’t. Smith and Holmgren are no slouches by any means; both should be able to help their new teams right away and warrant inclusion in the discussion for the top pick.

But with the NBA shifting positionless and the emphasis on versatility on both ends of the floor, being able to play with other stars, and creating for yourself or others, no one threads those needles in this draft class better than Banchero. Do you need someone that can get you a bucket? Does your electric point guard need a versatile pick-and-roll dance partner to play off of to make his life easier? Do you need a small-ball center? Do you need a playmaking fulcrum at the elbow to run your offense through that can also shoot threes to clear the paint? How can you generate and expose mismatches in the playoffs when the other team knows what you want to do and trots nothing but tough, physical, rangy defenders against you?

Arkansas Head Coach Eric Musselman was the only coach in the country who was tasked with sketching a game plan against all three of Paolo Banchero, Chet Holmgren, and Jabari Smith. When asked in an interview with The Athletic who he would take number one overall, he said Banchero and that Paolo was ‘the hardest for us to deal with.’ I agree. Banchero is a true matchup nightmare and can answer all the questions above much more than the other Big Three candidates can at this stage of their careers. Perhaps Holmgren and Smith will improve their areas of weakness over time and make this article look foolish; it is certainly possible and I won’t put it past either of them. But for now, Banchero earns the crown of the top jewel in the 2022 NBA Draft in my eyes. 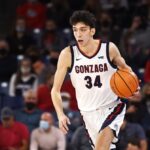 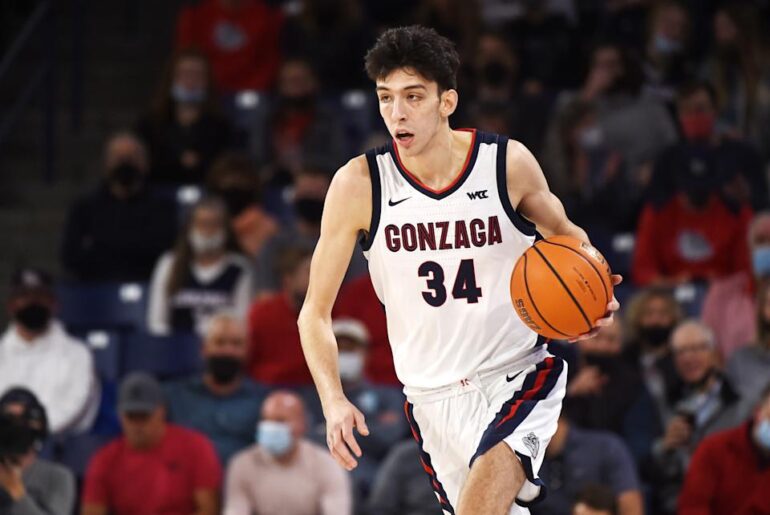 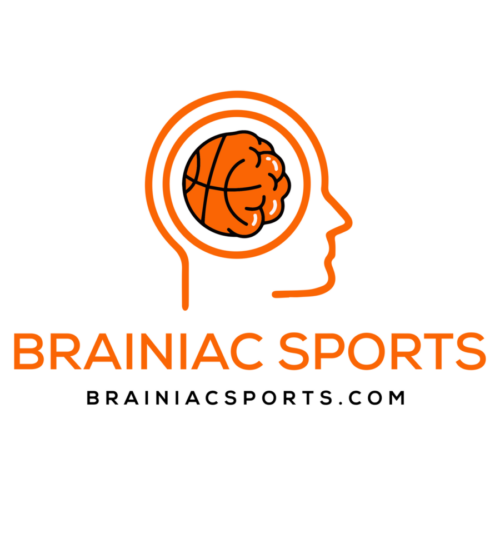